In 1931 an expedition from the Carnegie Institute in Washington lead by Dr. Earl Morris explored ruins in Prayer Rock Canyon near Four Corners on the Navajo Reservation in what is now NE Arizona.  In one of the large cliff dwellings they found many material objects from a prolonged Basketmaker II Anasazi use of the cave.  Fragments and a total of six complete flutes were found.

Two of them were tied together with yucca fibers under a stone in a hollowed out depression in the floor.  Small corn cobs were inserted in the ends. They had been there since the 7th Century, A.D. 620-670, according to the researcher's conclusions.  The flutes were then sent to the the University of Arizona Museum in Tucson where they underwent complete scientific and tonal studies.  Preserved with arsenic, they were relegated to the museum archives.

In 1995 I was privileged with an opportunity to study these flutes myself.  I, my cohort in such adventures, Mr. Nakai, and our friend Dan King,  were led down into the depths of the museum to a room with metal drawers and cabinets which housed the collection of Basketmaker artifacts.  The curator pulled out a drawer and laid in on a table.  We put on white cotton gloves and were allowed to handle the wondrous flutes laying before us.  In Dr. Science mode I took complete measurements of the one flute that just grabbed my attention.  It had a larger bore and looked to have the finger hole size that I like.  We were only given a few minutes and not allowed to attempt to play it because of the arsenic.  The feathers tied near the mouthpiece would dance when we blew on them and still had some of the bright colors they had over thirteen hundred years ago.  What an experience!  And the prize of those simple measurements!

With Tucson business concluded in the birth of the PF flute project, I returned to Montana and my little shop intent on finding out what this old flute was all about.  In a few day's time I had fashioned a replica.  I used cedar and had to put a little notched lip in the mouthpiece in order to allow my limited skills to finally produce a tone.   But, in the quiet of my little shop, I was able to hear this old, old voice.  Talk about a blast from the past!  Such a sublime music!  Wondrous.  My imagination went wild.  I was awestruck.

I made a decision at the time not to commercially release the design, but did share the music in performance.  I did allow interested students at the next RNAF event to examine the prototype.  The design information went out quickly to the new and exploding interest in indigenous North American flutes.  Subsequent investigations and forays to the U of A by other modern enthusiasts has added greatly to the current availability of these instruments.

I have made a few over the years for friends and colleagues, but only recently have I re-discovered how much I enjoy making these wonderful flutes. It's an exercise in precision simplicity.

With the ultimate goal of flutemaking being flutemaking, I will press on. 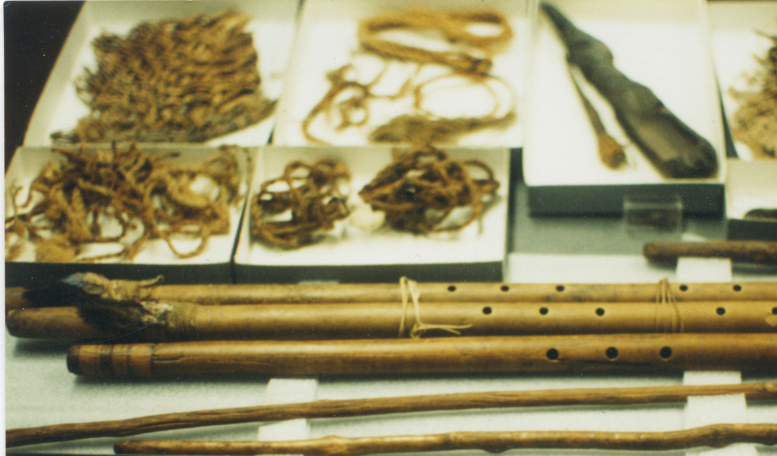 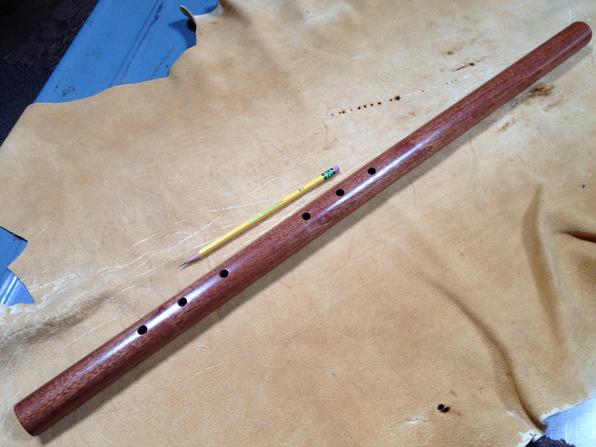 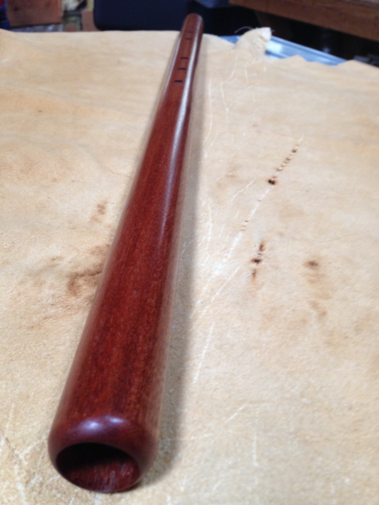